By using a shower timer to control your shower time to 5 Minutes max, and also by using on of our water saving shower heads, you could reduce your water consumption and hot water energy usage to just 37 Litres, saving around 214 per year.

The current recommendation is for people to take 4-minute showers saving even more. This is still easily achievable. 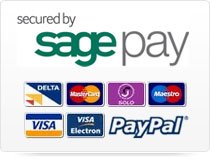