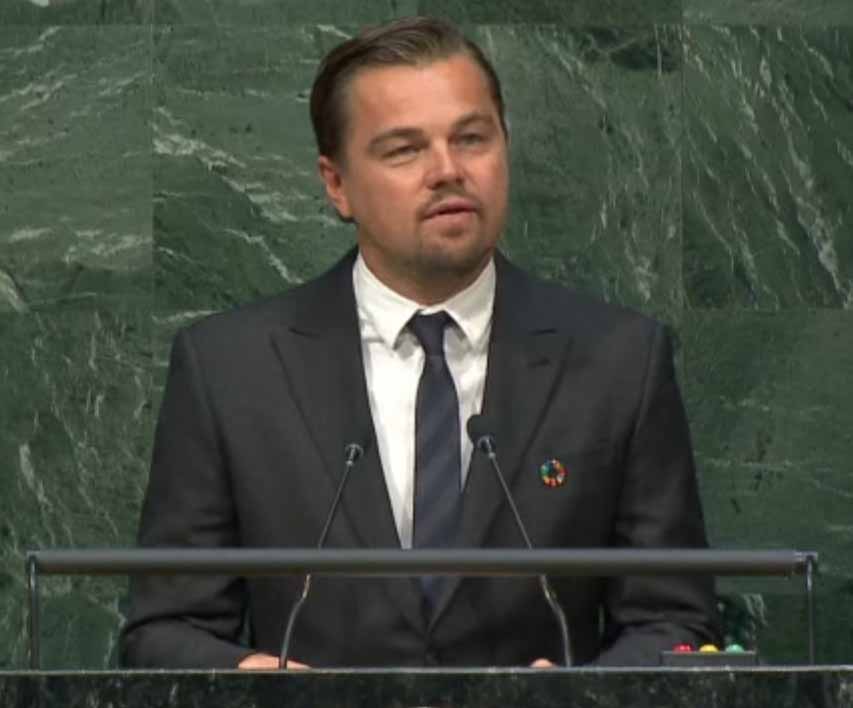 There have been significant speeches at momentous occasions over the years which relate to environmental protection and why we must understand the good things we have for generations to come.

David Attenborough ‘”Continuation of civilisation is in your hands” December 2018

Thank you, Mr. Secretary General, for the honor to address this body once more. And thanks to the distinguished climate leaders assembled here today who are ready to take action.

As a UN Messenger of Peace, I have been travelling all over the world for the last two years documenting how this crisis is changing the natural balance of our planet. I have seen cities like Beijing choked by industrial pollution. Ancient Boreal forests in Canada that have been clear cut and rainforests in Indonesia that have been incinerated. In India I met farmers whose crops have literally been washed away by historic flooding. In America I have witnessed unprecedented droughts in California and sea level rise flooding the streets of Miami. In Greenland and in the Arctic I was astonished to see that ancient glaciers are rapidly disappearing well ahead of scientific predictions. All that I have seen and learned on this journey has absolutely terrified me.

There is no doubt in the world’s scientific community that this a direct result of human activity and that the effects of climate change will become astronomically worse in the future.

I do not need to throw statistics at you. You know them better than I do. You know that climate change is happening faster than even the most pessimistic of scientists warned us decades ago. It has become a runaway freight train bringing with it an impending disaster for all living things.

Now think about the shame that each of us will carry when our children and grandchildren look back and realize that we had the means of stopping this devastation, but simply lacked the political will to do so.

Yes, we have achieved the Paris Agreement. More countries have come together to sign this agreement today than for any other cause in the history of humankind – and that is a reason for hope – but unfortunately the evidence shows us that it will not be enough.

One massive change is required, now. One that leads to a new collective consciousness to leave fossil fuels in the ground where they belong. A new collective evolution of the human race, inspired and enabled by a sense of urgency from all of you.

We all know that reversing the course of climate change will not be easy, but the tools are in our hands – if we apply them before it is too late.

Renewable energy, clean fuels, and putting a price on carbon pollution are beginning to turn the tide. This transition is not only the right thing for our world, but it also makes clear economic sense, and is possible within our lifetime.

We can congratulate each other today, but it will mean nothing if you return to your countries and fail to push beyond the promises of this historic agreement.

My friends, look at the delegates around you. It is time to ask each other – which side of history will you be on?

As a citizen of our planet who has witnessed so much on this journey I thank you for all you have done to lay the foundation of a solution to this crisis. After 21 years of debates and conferences it is time to declare no more talk. No more excuses. No more ten-year studies. No more allowing the fossil fuel companies to manipulate and dictate the science and policies that effect our future.

The world is now watching. You will either be lauded by future generations, or vilified by them.

You are the last best hope of Earth. We ask you to protect it. Or we – and all living things we cherish – are history.

White American chief in Washington made an offer for a large tract of Indian land and promised a ‘reservation’ for the Indian people. Chief settles reply, reproduced here in full, has been described as the most beautiful and profound environmental statement ever made. Reducing climate change and global warming which helps to protect the earth, sky and ecosystems has direct links to the comments made here.

Who can you buy or sell the sky, the warmth of the land? The idea is strange to us.

If we do not own the freshness of the air and the sparkle of the water, how can you buy them?

Every part of this earth is sacred to my people. Every shining pine needle, every sandy shore, every mist in the dark woods, every clearing and humming insect is holy in the memory and experience of my people. The sap which courses through the trees carries the memories of the red man.

The white man’s dead forget the country of their birth when they go to walk among the stars. Our dead never forget this beautiful earth, for it is the mother of the red man. We are part of the earth and it is part of us. The perfumed flowers are our sisters; the deer, the horse, the great eagle, these are our brothers. The rocky crests, the juices in the meadows, the body heat of the pony, and man – all belong to the same family.

So, when the Great Chief in Washington sends word that he wishes to buy our land, he asks much of us.

This shining water that moves in the streams and rivers is not just water but the blood of our ancestors. If we sell you land, you must remember that it is sacred, and you must teach your children that it is sacred and that each ghostly reflection in the clear water of the lakes tells us events and memories in the life of my people. The water’s murmur is the voice of my father’s father.

We know that the white man does not understand our ways. One portion of land is the same to him as the next, for he is a stranger who comes in the night and takes from the land whatever he needs. The earth is not his brother, but his enemy, and when he has conquered it, he moves on. He leaves his fathers’ graves behind and he does not care. His fathers’ graves and his children’s birthright are forgotten. He treats his mother, the earth, and his brother, the sky as things to be bought, plundered, sold like sheep or bright beads. His appetite will devour the earth and leave behind only desert.

There are not many quiet places in the white man’s cities. Few places to hear the unfurling of leaves in spring, or the rustle of an insect’s wings. What is there to life if a man cannot hear the lonely cry of a whippoorwill or the arguments of the frogs around a pond at night. The Indian prefers the soft ground of the wind darting over the face of the pond, and the smell of the wind itself, cleansed by the midday rain, or scented by the pinon pine.

The air is precious to the red man, for all things share the same breath – the beast, the man, they all share the same breath. The white man does not seem to notice the air he breathes. Like a man dying for many days, he is numb to the stench. But if we sell you our land, you must remember that the air is precious to us, that the air shares its spirit with all life it supports. The wind that gave our grandfather his first breath also receives his last sigh. And if we sell you our land, you must keep it apart and sacred as a place where even the white man can go to taste the wind that is sweetened by the meadow’s flowers.

So we will consider your offer to buy our land. If we decide to accept, I will make one condition: the white man must treat the beasts of this land as his brothers.

What is man without the beasts? If the beasts were gone, men would die from a great loneliness of spirit. For whatever happens to the beasts, soon happens to man. All things are connected.

This earth is precious to and to harm the earth is to heap contempt on its Creator. Contaminate your bed and you will one night suffocate in your own waste.

Adapted by Ted Perry in 1970, slightly adapted by Mark Stevens 2017 – our cities do now have some quiet spaces, many of the white man appreciates Chief Settles Testimony, but much more needs to be done.